Despite the sunny days the temperature in the garden is still not making it very comfortable to be outside without a coat. But this is not deterring the solitary bees. The Choisia was alive with them today, with over 6 male Red Mason Bees, Osmia bicomis, flying around busily. But then out of the corner of my eye I noticed a much bigger bee, originally thinking it was a larger female. I only had my iPhone with me but still a managed a reasonable photo. Looking through my books I decide it was  a female Andrena nigroaenea, confirmed by my gurus on the BWARS Facebook page. The Common Name - Buffish Mining Bee seems to suggest that those naming it couldn’t really think of anything more suitable. “It looks a little Buffish, can’t see any thing else about it - so what shall we call it?”

The Buffish Mining Bee is also one of the largest Andrena species at around 14mm, and with a plumpish appearance. The abdomen is dark brown and the hind legs and thorax are covered with contrasting orange hairs.

A. nigroaenea is one of the first to emerge in spring and can be seen on the wing from March onwards. However, there have been reports of newly emerged individual in July. This may be an indication of a second generation, but the jury remains out on whether this is due to climate change and more prolonged summer temperatures (BWARS).

However, climate change does seem to having an effect on another aspect of the the life cycle of A. nigroaenea. There is very close relationship between the Early-Spider Orchid, Ophrys sphegodes and our character here. Buffy (we’ll call him that for now) acts as an important pollinator of the Early-spider Orchid, which produces an pheromone or attractant similar to the female A. nigroaenea. This is a neat, but not unusual technique used by plants. However, recent climate changes with early warmer Springs has meant that the Early-spider Orchid is not quite living up to it’s name and is not flowering earlier in the Spring. But the male and female A.nigroaenea are emerging earlier in the season. The rising temperatures are having a larger effect on the bees than the orchids, and although the orchids are flowering earlier they are not keeping pace with the bees and they tow species are falling out of sync with each other. This is not necessarily a problem for Buffy, but because the orchid is flowering after the emergency of the females, there are fewer males around for the Early-Spider Orchid to attract to their flowers for pollination. However, I could argue that this a moot point here in the UK as the Early-Spider Orchid is very rare, and is certainly one that I am very unlikely to see.


Orchids not withstanding, A.nigroaenea is a common and widespread bee in the UK, and does not appear to be under threat. Like other Andrena, Buffy is a solitary bee and nests as a singly Nesting or large aggregations, often mixed with other Andrena species. The nest can be April-wpcm below ground with 2 or 3 cells in each nest. When the female is out foraging th nest is left open, but when foraging flights are finished or if it’s raining the Burrows are closed to protect the eggs. Like many bees, Buffy is a target of cleptoparasite, and there are two that have been recorded Nomada goodeniana and Nomada lathburiana. I was able to photograph N.goodeniana on Skomer Island a couple of years back.
[caption id="attachment_1371" align="alignnone" width="800"]

Nomada goodeniana - on Skomer Island in 2016 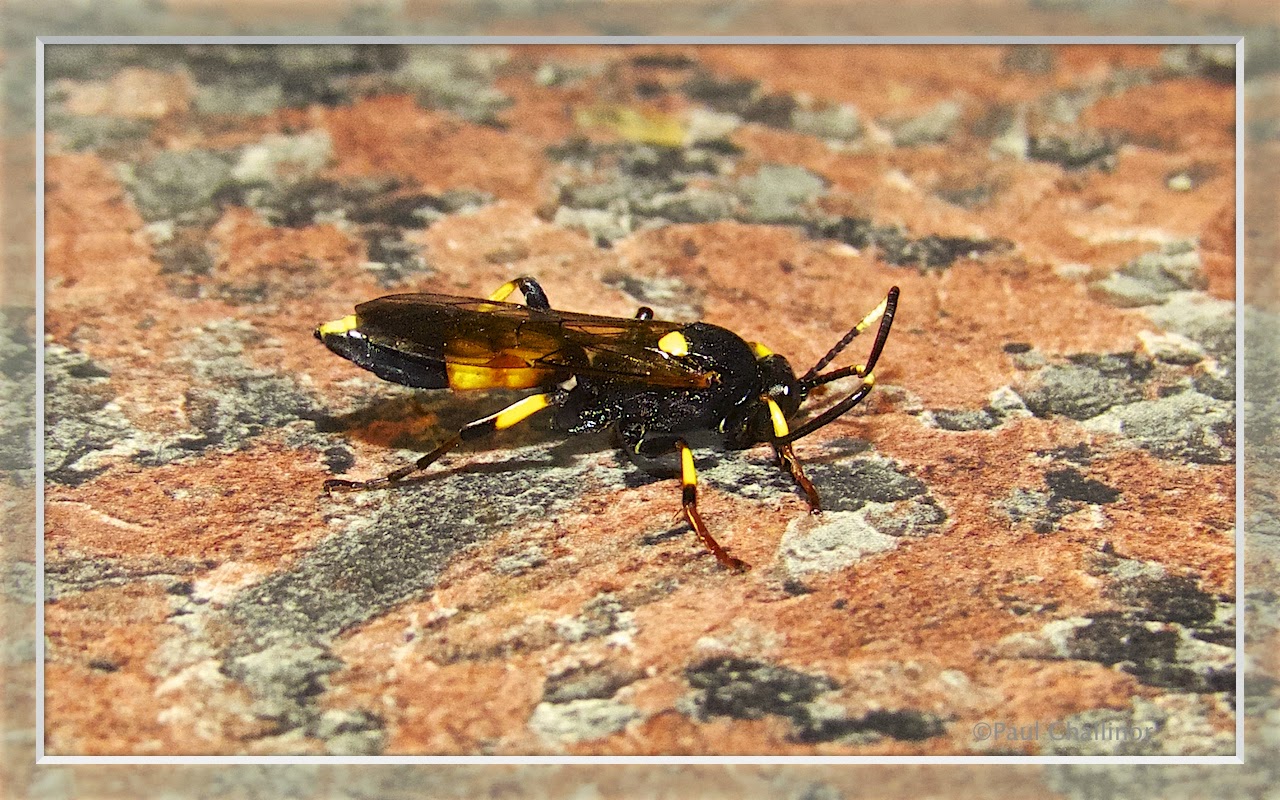 Black Snail Beetle - Silpha atrata5th October Today was a lovely sunny day and so we went to the beach and had a little walk along Barry Island Beach. The place was packed, and everyone had a dog. Then we figured it out, this was the first weekend of October and so out of season and dogs were allowed once more to run and play on the sand. Heading back to the car we spotted Black Snail Beetle, Silpha atrata scuttling across the path to the safety of the grass. I didn’t have the camera with me and so a few quick snaps with the iPhone was all I could manage, so the photos here are not top drawer. I’ve never knowingly seen one before, but it’s been a great exercise to finding out about it’s rather gruesome eating habits.
It’s not a large beetle varying in size between 10-15mm. Many black in colour, it can vary from entirely black to almost completely red. The head and mandibles seem to stick out from beyond the main body and this is an adaption to its method of predation. You wouldn’t be …
Read more 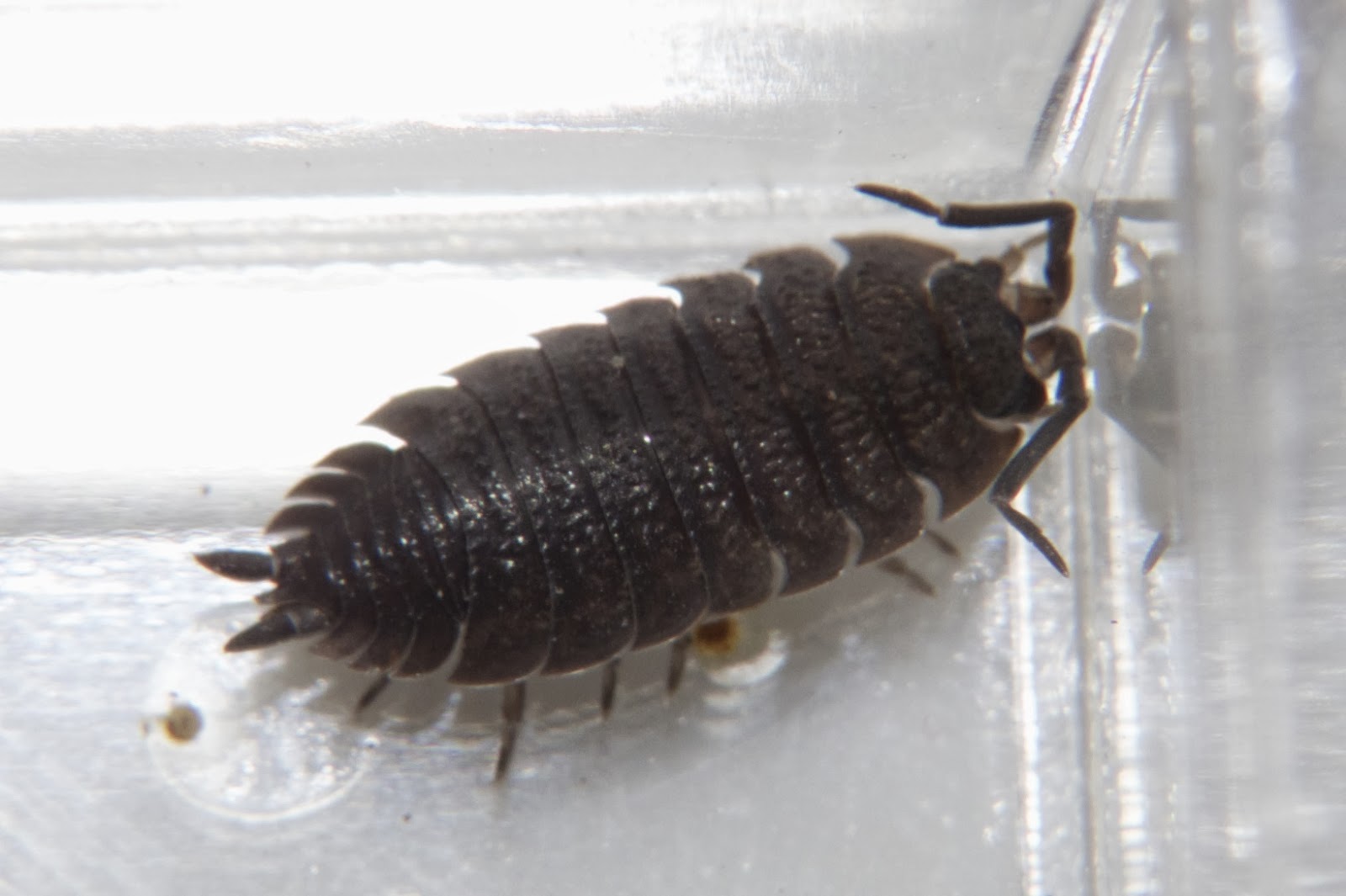